By establishing this award, the Modular Home Builders Association recognizes the contributions of those whose careers are or were dedicated to our industry or whose acts have had a significant impact on the careers of all others involved. 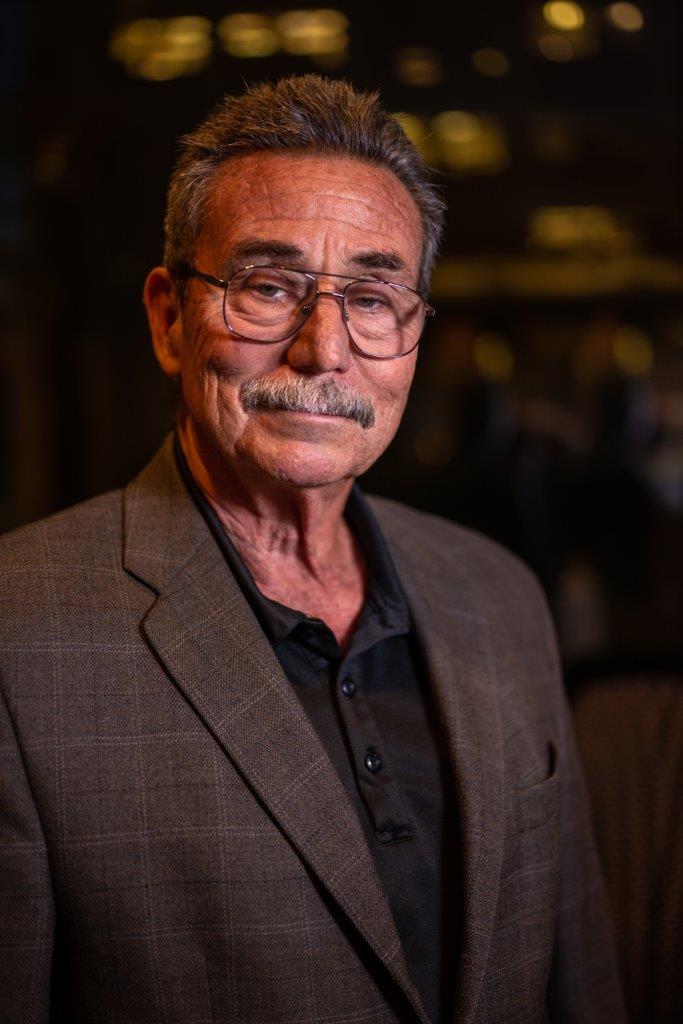 According to Norm, it seems like only yesterday rather than 1982 that he visited Muncy Homes with his boss at Duo-Fast.  The interesting thing he remembers is after the visit, he was asked how he compared this visit with other factories.  His answer was - “I don’t know this is the first one I have ever visited”.

From that day until now, Norm has been totally dedicated to serving the Industry thru Duo-Fast, Mid Atlantic Fastener (Now Southern Carlson), Universal Forests Products and finally Simpson Strong Tie.

Norm has been active on almost every Association he could think of.  MHI, IHMA, Mid Atlantic Building Systems, BSC and of course the Modular Home Builders Association, serving on our board for several years.

In addition to his service on the MHBA board, his accomplishments including being the recipient of the S. A. Walters award and past chairman of Building Systems Council.

There have been many challenges over the years with near demise of this organization after the housing crisis that began in 2008.  Norm has never given up hope and is thankful for Simpson Strong Tie allowing him to continue during the dark days of our organization.  In fact, Norm was one of only three dues paying companies in 2012 when the organization was rebranded and relaunched as the Modular Home Builders Association.

He truly believes in the industry, what he provides, in the product, and more importantly in advice given and received.  The members that have gone on will always be in his memory, the ones still around will always be his friends, and he looks forward to continuing to make new friends. 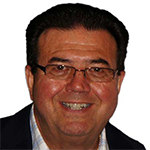 Elliot has been at the forefront of innovation in the building industry for more than 45 years with extensive home building experience and a proven track record of excellence and innovation. In 1992 Fabri founded New Era Building Systems (NEBS), a modular home producer in Pennsylvania. As president and CEO, Fabri sold more than 12,000 homes to builders and developers throughout the Northeast, Midwest and Mid-Atlantic United States. In 2012 EcoCraft was founded with his son, Elliot Jr., and since then they have worked to usher in a new era of green, modular building that pushes the envelope of sustainability, energy efficiency, and the use of renewable energy. With extensive experience building in both urban and suburban areas, following Elliot Sr’s guidance, EcoCraft Homes is leading the charge for efficiency, sustainability, and green building. Elliot has been the recipient of several major industry accolades including MHI Industry’s Person of the Year as well as the James R. Price Award for Achievement in Housing. Fabri, Sr. is active in the building community sharing his expertise through consulting services to other builders, developers, and fabricators.

Mike began his career in the modular housing industry one day after graduating from high school in 1973 after being hired by Muncy Homes, Inc. He worked various positions and learned numerous skills while working on the production line before being promoted to a Production Supervisor in 1979. In 1985, he joined the Sales Department before being promoted to Sales Manager of the Muncy Homes division one year later in 1986. Then, in 1991 Mike was promoted to General Manager of the division where he remained until 2005 when he was promoted to Executive Vice President of Muncy Homes, Inc. and its three manufacturing divisions: Muncy Homes, Superior Builders and Premier Builders.

In 2008 Mike was elected President of the Modular Building System Association for a two-year term. It was about that time that the country experienced a major housing crisis that would impact the association and the industry forever. As membership plummeted and staff could not be retained, the organization began a death spiral. “Everything went downhill very fast,” he says, a result of something MBSA and many other associations didn’t see coming. “Because of the housing crisis, manufacturers were going out of business, and we were losing membership and revenue quickly. Suddenly, we lost our office space in Harrisburg [Pennsylvania], and then our staff had to be let go.”

After the recession, the organization went from four full-time staffers to a single part-time executive director. No one was recruiting or serving members, and MBSA had about $3,000 left in its checking account. “The writing was on the wall,” Clementoni says. “We were close to saying, ‘It’s over.’” But Mike remained loyal to the organization and in fact was one of just three remaining dues paying members when the association entered into a new management and restructuring agreement in late 2012.

Mike served on the now-named Modular Home Builders Association Board of Directors from 2009 until 2016, serving as the organization’s president for an unprecedented and extremely challenging five-year stint. The organization under Mike’s leadership made major changes including changing the name of the organization to reflect its new intention to attract more modular home builders. Today the organization has over 140 members including more than 50 builders. Mike recently retired in July of 2021 after finishing his career working over 48 years for Muncy Homes, Inc. 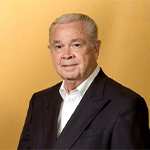 Tom is the president of Muncy Homes, Inc., a modular home manufacturer he founded in 1973 in Muncy, Pennsylvania. As the housing market continued to expand, he opened two additional factories at the same location under separate brands: Superior Builders in 1979 and Premier Builders in 1985. Seizing upon an opportunity in 1989, the company was sold to a publicly traded company, but sales and employment began to fall sharply. In 1995, Tom re-purchased the company and promised to turn things around – and that he did, increasing employment to over 550 people and annual sales in excess of $100 million by 2008. Tom has been involved in philanthropic giving and Christian ministry since 1985, when God changed his life. He has served on advisory boards of his church, Prison Fellowship Ministries, Episcopal Renewal Ministries/Acts 29, Full Gospel Businessmen’s Fellowship International, The Sentinel Group, and Regent University. 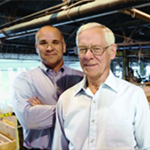 When Donald founded Deluxe Homes of Pa., Inc. in 1965, he had one objective: to provide affordable, high-quality homes expeditiously. How did Meske’s young company expect to fill such a tall order? One hundred percent control. By controlling construction, delivery and installation, DeLuxe has been able to keep prices down and quality up, while delivering products on time.

Throughout the mid to late 1970s, Deluxe moved into multi-family projects, which included townhouses and small apartments. In 1999, DeLuxe completed an extensive $3.5 million renovation of its manufacturing facility, which included a new concrete batch plant, plus two new roller-track systems to enhance product flow.

Don was one of the original founders of the Industrialized Housing Manufacturer’s Association in 1977, the organization that would ultimately grow into what we know call the Modular Home Builders Association. 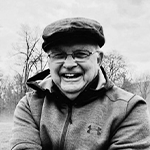 Charlie was born on May 3rd, 1939 to the late Charles and Valentine Mogish in Delano, Pa. Charlie served 3 years in Germany with the U.S. Army’s Third Infantry Division.

He returned home to marry the love of his life, Margaret Ann Kershetsky, on April 30th, 1959. Mill Hall has been Charlie’s home since 1970 when he moved his family to the area to establish Haven Homes Inc. with his partner and friend, the late Charles Ballard. Together they grew a business that became a leading modular home company in the East coast. Charlie took great pride in the company and truly cared for his employees.

Charlie was a simple, humble man who found that family and helping others was the best formula for happiness. He was active in local Rotary Clubs and National Habitat for Humanity. Charlie was a carpenter and a great cook. He took pride in creating a home that served as a “safe haven” for his family and friends. 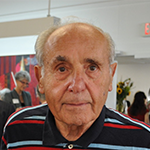 Pat co-founded Simplex Industries, Inc. in 1971 along with his brothers, Frank, Peter and Henry. He was one of 10 children whose parents and siblings immigrated from Pescopagano, Italy. After serving in the Army in Yokohama during the Japanese occupation immediately after WWII, Pat attended Lafayette College on the GI Bill. While there, he earned a degree in Electrical Engineering in 1952.

After a successful 20 year career at Weston Instruments (now known as Schumberger), both as an engineer and in management, Pat decided to join his brothers in opening Simplex. From the humbling beginnings until his retirement in 1995, he led Simplex to great expansion. Pat always preached quality and his quote of “The bitter taste of poor quality lingers long after the sweetness of low price is forgotten” is still the philosophy of Simplex today.

Pat always believed if the modular industry was to be successful, individual companies needed to band together to be heard as a collective group. This was evident especially when faced with regulatory and sales tax issues. His previous success in helping form an industry electronic instruments association in Houston, TX drove him and four other manufacturers to meet in Harrisburg, PA in the late 1970’s. At that meeting, this group of pioneers formed the Industrialized Housing Manufacturers’ Association (IHMA). Over the years, the association has changed its names from Mid Atlantic Building Systems Association (MABSA) to Modular Building Systems Association (MBSA) to Modular Home Builders Association (MHBA) but it never changed its core value of having a unified voice for the industry.

Pat was an active supporter of the arts, especially opera, and active on many civic and charitable boards in his life time. He was most proud of being a founding member and past president of La Festa Italiana in Scranton as it attracts over 100,000 people over the Labor Day Weekend. Pat passed away in 2014, leaving behind his wife Adeline of 60 years of marriage, four daughters, one son and 11 grandchildren.